The Country Sisters are young, beautiful, always charming and smiling ladies from the Czech Republic. These high temper singers, dancers and musicians have been in the show business nearly 45 years now.

The Country Sisters create a show that completely overmasters both the stage and the crowd.
All band members master at least two musical instruments and have performed over 2000 concerts all over the world, including Germany, Denmark, Switzerland, France, Austria, Scottland, Iceland, Norway, Sweden, Greenland, Thailand, Singapore, Australia and Canada. Some of the favorite locations where the Country Sisters annually perform for the fans include the International Country Music Festival in Albisgütli, Zürich (CH), the Trucker Festival in Interlaken (CH), the Country Fest in Daubitz (D), the Country Festival in Seljord (N), the Truckertreff in Kaunitz (D), the Randers Week in Randers (DK), the Scenevogn Country Show in Skagen (DK), the Yukon-Saloon in Dinslaken (D), the Country Night in Hevring (DK) and last but not least also wonderful shows in the Czech Republic – in Františkovy Lázně, Rataje, Jablonec  and  Chrastava where the Country Sisters annualy get together with their fans. 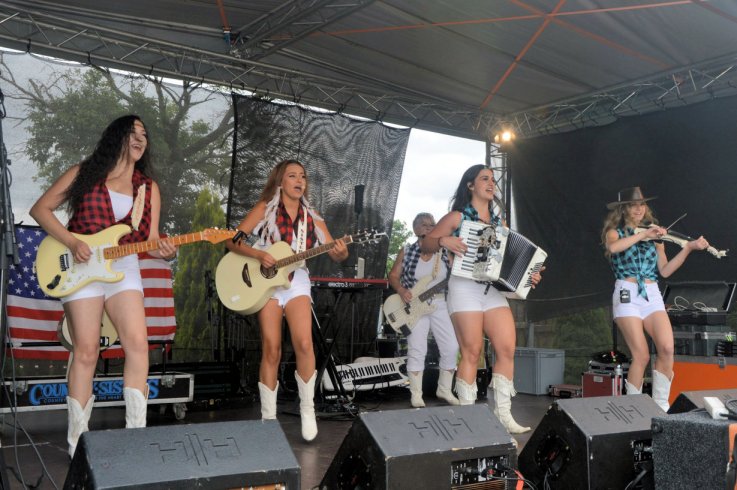 The Country Sisters have received numerous prestigious awards such as the Country Circle magazine award for the COUNTRY LIVE ACT 2003 and the highest rated fan favorite act at the Canadian Merritt Mountain festival in 2006, which won them a performance on the main stage in 2007. 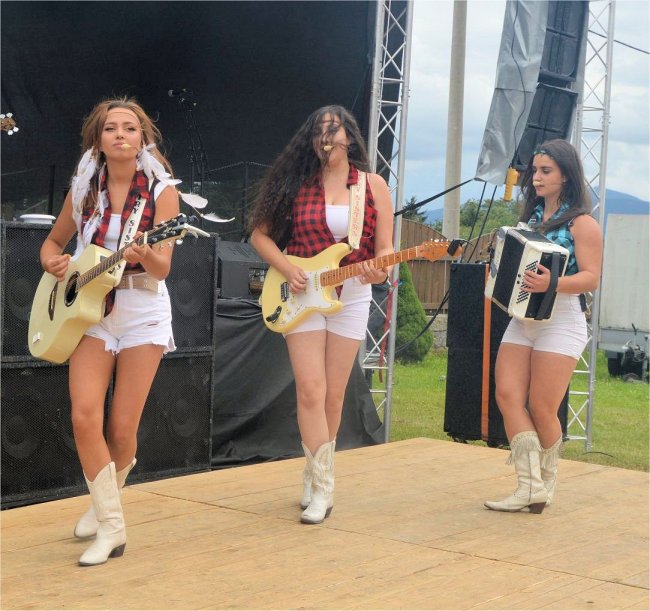 In a very colourful programme you will find a succession of all country music styles from traditional classical country style to the latest modern hits, cajun, bluegrass and gospel to rock 'n' roll.
Their wireless transmission for instruments and microphones enables a great freedom of movement and dancing in country style on stage.
The ladies use this advantage to the full satisfaction of the audience.
Specially built white musical instruments, change of costumes and a close contact with the audience makes a perfect impression possible.
A great contribution to the quality of the show is the fact that at present the band has 4 vocalists and each of them can play at least two different instruments.
Their show is simply unique and outstanding.

Get ready for this unforgettable live show that they have prepared for you.
Come on and you will hear and see something that you will never forget.